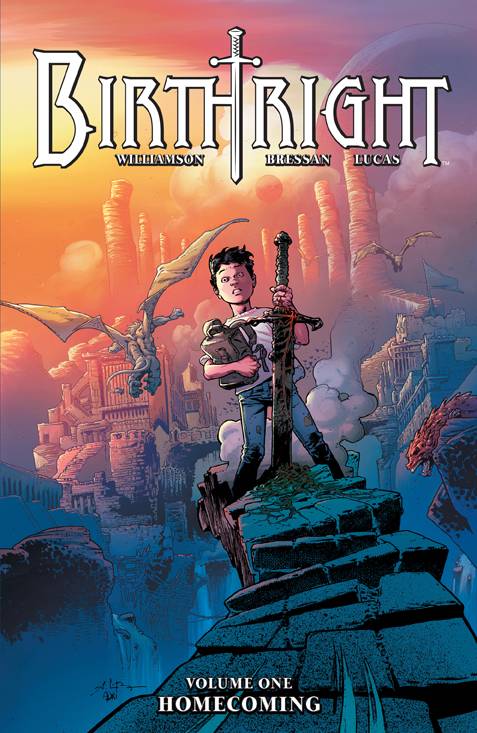 Birthright — the Skybound Entertainment action-fantasy title from Image Comics — is in development at Universal and will be adapted by the writers behind the Despicable Me movies, according to The Hollywood Reporter.

Written by Joshua Williamson and drawn by Andrei Bressan, the comic centers on the Rhodes family, whose young son disappears while playing outside, only to be told a year later by a grown man that he is the missing boy, who has been fighting on another world. With that, the family seeks to learn the truth of their son’s fate.

Cinco Paul and Ken Daurio — whose credits also include Horton Hears a Who!, The Secret Life of Pets and many others — will handle the screenplay for the film, which joins Invincible and Kill the Minotaur as part of Robert Kirkman & Skybound’s partnership with Universal.

Birthright is currently available through Image Comics with Volume 6 releasing April 10, 2018. For all availlable Birthright titles, see below. To see all Image Comics titles that are currently in development, click here.