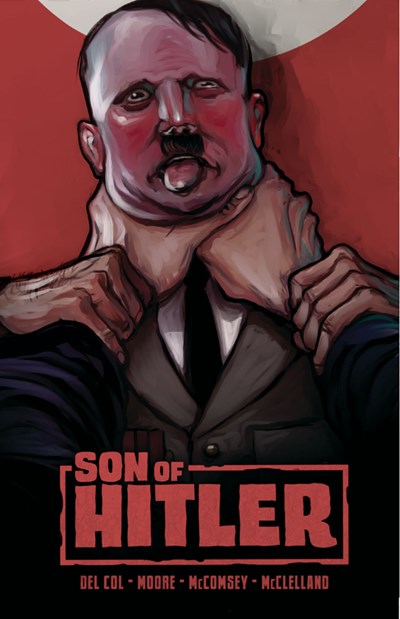 Did Adolf Hitler have a son?

Based in some of the most engaging rumors about World War II and how it all ended (up until the day of Hitler’s death), Son of Hitler reveals a vast Nazi coverup to hide Hitler’s son from exposure to the Allies.

Pierre finds out he his Hitler’s son after a tragic incident in which Nazis shot and kill his mentor, the owner of a French bakery where he is studying to one day take over.  Enraged by the Nazis and their fearmongering tactics, Pierre immediately takes off to avenge his mentor’s death.  After recklessly lying his way into the local German headquarters with some of his mentor’s madeleines as a gift for the Nazi commander, Pierre kills the Nazi commander and some of his staff.

In the midst of his vengeful acts, Pierre gets help from a seemingly mysterious British SOE (Special Operations Executive) named Cora Brown.  Cora explains that she has been following Pierre because she believes he is actually the son of Hitler, a statement Pierre at first doesn’t want to believe.  But when Cora explains where Pierre’s mom most likely met Hitler and spent some intimate time with him, Pierre starts to believe the rumor might be true.

Fueled by the new knowledge that Hitler is his father and an ongoing rage about his mentor’s death at the hands of the Nazis, Pierre embarks on one of the most suspenseful plots in World War II mythology.

Plot: Agent Cora Brown believes she has finally found the son of Hitler. Pierre fits the description, his mother was indeed a former lover of Hitler in perfect synchronicity with his birthdate, and he even has physical resemblances (not to mention a very violent temper).  Thus, in Son of Hitler Cora and Pierre embark on a dangerous yet well planned plot to assassinate Hitler.

CCSS.ELA-LITERACY.RL.11-12.1
Cite strong and thorough textual evidence to support analysis of what the text says explicitly as well as inferences drawn from the text, including determining where the text leaves matters uncertain.

What many of the major characters in Son of Hitler believe to be true is key to tracing a “who’s who” list of Allied and Nazi under coverage agents.  In order to keep pace and document their reading experiences to reveal the allusively suspenseful plot students can keep a character tracker sheet; while leaving two spaces open for students to choose two extra characters of their choice the character tracker sheet contains 4 predetermined key characters and 2 student selection options.

A character tracker sheet presents students with multiple opportunities to document each character’s allegiances and supposed allegiances throughout the suspenseful plot of Son of Hitler.  With three key stopping points (beginning, middle, and end of story) students will be able to highlight each character’s role in the suspenseful and mysterious plot as it evolves throughout Son of Hitler.